From 1-3 July, 2016, the 19th biannual festival of UZ (Unsere Zeit), the newspaper of the German Communist Party (DKP) was held in Dortmund, Germany. Camarades du soutien de Bagnolet (the Comrades of Support in Bagnolet) attended the festival to build solidarity for the case of Georges Ibrahim Abdallah, imprisoned for 32 years in French prisons as a Lebanese Arab Communist struggler for Palestine.

The event includes cultural and political programs over the three-day period with international guests from a number of countries. Two events on the program focused on the case of Georges Abdallah, who has been eligble for release since 1999 and whose parole has been blocked through US intervention – including the personal intervention of now-presidential candidate Hillary Clinton – and the intervention of French now-Prime Minister Manuel Valls.

The events included talks by Georges Rashmawi, representing the Democratic Front for the Liberation of Palestine in Germany, as well as Christian Champire, the mayor of Grenay, France, of the French Communist Party. Champire spoke about the history of resistance in Grenay, including resistance to Nazi occupation and resistance to French colonialism of Algeria. He noted that Georges Abdallah was an honorary citizen of Grenay and that it is an internationalist commitment to organize for the release of Abdallah.

The full statement (in French) is available from the Camarades du soutien de Bagnolet here: http://ledesordre.over-blog.com/2016/07/solidarite-internationale-fete-uz-dkp-dortmund-georges-ibrahim-abdallah.html 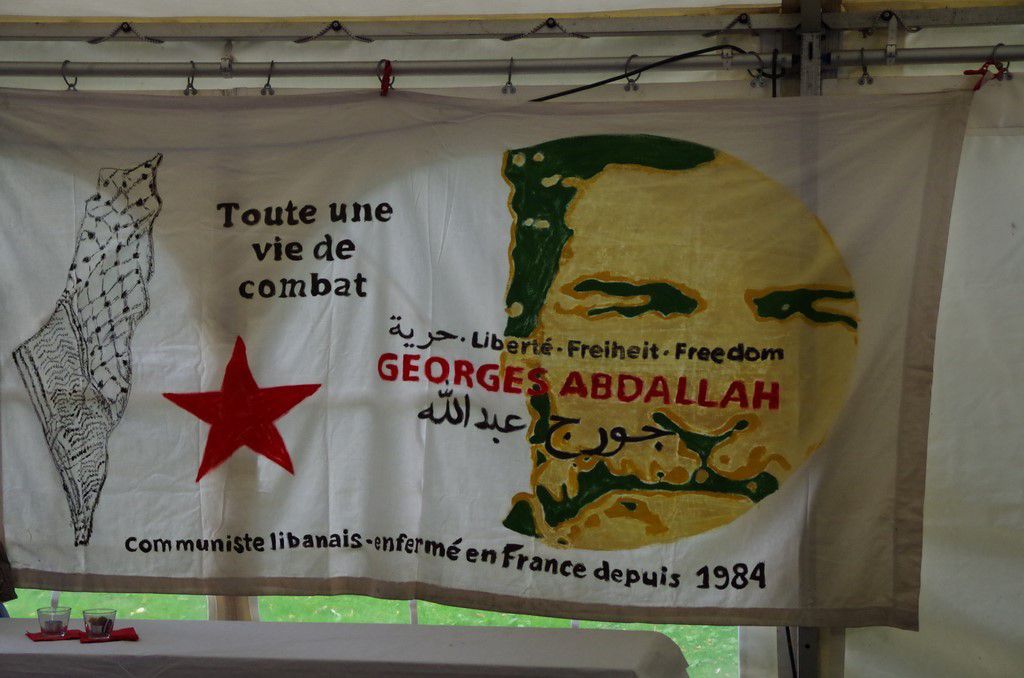